This is very good and insightful read is being written by my colleague Annie Pesskin and explores the routes of narcissism. It provides a complex approach into how narcissism can be the only way of surviving for some adults who were not allowed to be children. It is sensitive, informative and indisputably worthwhile reading it. 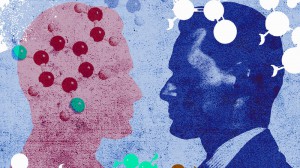 How do you become a narcissist? by Annie Pesskin

A lot of things have been written about the Metoo movement and what is being discovered within different industries and the biased approaches towards women. I thought to contribute something in this vast and complex topic. So this is my piece about some of the internal processes within women’s minds and psyches. 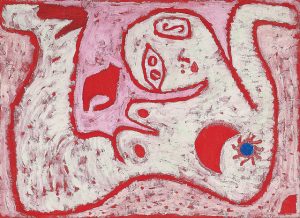 Do you know your internal misogynist? by Marina Christoforidou

The brain is a social organ of adaptation, shaped by evolution to connect with and change through interactions with others. Psychotherapy leverages the ability of brains to attune and learn from one another in the service of adaptive 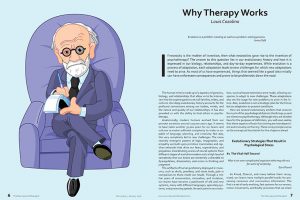 change. This intimate interaction between human connection and learning has been forged over the eons in the crucible of social evolution. 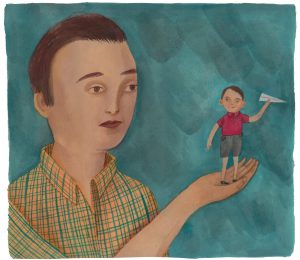 This imbalanced, man-card mind-set is part of our legacy because children ape the attitudes of the parent whose gender matches their own. In a Time magazine article about this study, Harriet Tenenbaum, a co-author, observes, “Most parents say they ask boys to be more expressive but don’t know [they] are speaking differently to them…. These are learned stereotypes and we are reinforcing them as a society.” 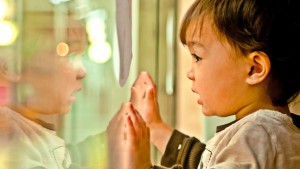 There is a fair amount of evidence showing that when children view their abilities as more malleable and something they can change over time, then they deal with obstacles in a more constructive way,” says Gail Heyman, a professor of psychology at the University of California at San Diego who was not involved in this study.

Freud may justly be called the most influential intellectual legislator of his age. His creation of psychoanalysis was at once a theory of the human psyche, a therapy for the relief of its ills, and an optic for the interpretation of culture and society. Despite repeated criticisms, attempted refutations, and qualifications of Freud’s work, its spell remained powerful well after his death and in fields far removed from psychology as it is narrowly defined. 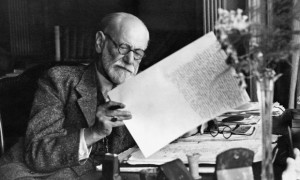 No one is saying that the unconscious is a magic bullet. These are often complex conditions. Freud himself stressed that working with the unconscious is painstaking precisely because it is unconscious. Further, psychoanalysis has itself radically revised Freud’s original conclusions. But it now holds a century of wisdom on engaging this hidden and sometimes devastatingly powerful part of ourselves. Freud believed his work was only a beginning. Scientific research and sheer human need suggest we should energetically continue what he started. 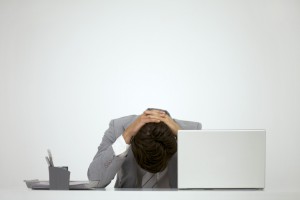 This is no different at the social level. When an economic system or government is responsible for personal harm, those affected can feel profoundly helpless, and cover that helplessness with self-criticism. Today, if you can’t become what the market wants, it can feel as if you are flawed and have no recourse except to be depressed 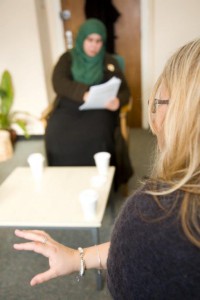 These findings point to the value of a whole person approach in patients who have complex or persistent problems with depression. Longer-term psychoanalytic psychotherapy involves the shared commitment of patient and therapist to understanding emotionally painful parts of a depressed person’s life. This may activate a beneficial process of psychological growth with a lasting gain in resilience. This can occur even in those who have had their disorder for many years, have not responded to other treatments and who previously may not have been thought to benefit from psychoanalytic psychotherapy

This is a dense academic paper which very interestingly highlights the debate between nature and nurture. The paper presents recent research and puts the debate into a different perspective where genes and environment go hand in hand. The paper emphasises the importance of the environment and how it affects the structure and expression of the genes and almost poetically concludes “When I learned that real-life subjective experiences could regulate gene transcription, it changed the way I understood myself. I was not just an immutable collection of transcribed genes. My genes had my experiences of early care, my traumas and dramas and education written onto them in the tiniest molecular inscription of the histone code and DNA methylations. Furthermore, even as I was born, the most salient facts of my parents’ and even their parents’ lives—the kinds of care they had received, their education, their sense of safety or fear—was etched into my genes too, to help me adapt to what was biologically anticipated to be a similar environment”


Warning: Use of undefined constant linksbar - assumed 'linksbar' (this will throw an Error in a future version of PHP) in /srv/disk3/1685479/www/mindthemind.co.uk/wp-content/themes/Float/index.php on line 71